Onion Maiden‘s brick-and-mortar opened Spring 2017, located at 639 E Warrington Ave in Allentown. After rocking the pop-ups and popping up around the 412 for so many the plant-based events, the vegan-fused trio of plant-based *bad*brains who flex their amazing take on Asian-American fusion finally found their hearth home. Here is a recap of a dope pop-up Onion Maiden dinner at The Vandal back in February 2016! 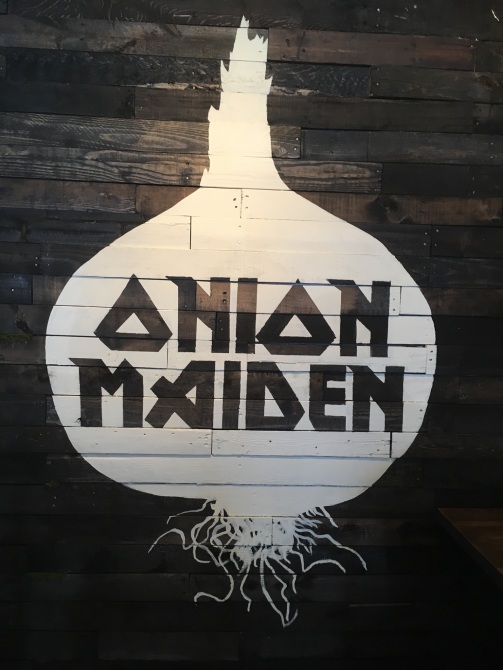 We at ecoRDN enjoy the humanity behind the tater-tots. So we reached out to Onion Maiden to ask a few questions pertinent to vegan living and plant-based fun.

We asked each of them these three questions:

1) What did you have for breakfast today?

2) When did you become vegan?

3) What is your favorite recipe (not your own)?

Dingo, Elyse, and Brooks were super cool and thus threw down as follows…

Dingo:
1) Left over staff meal: Udon noodle soup
2) I became vegan when I was 14, 18 years ago.
(That is awesome!!!)
3) Honestly I never have enough patience for recipes. I mostly like to look at pictures of food and sometimes I’ll look at a quick glance at a recipe for inspiration. I never buy books without pictures! I also love cooking traveling shows.
Elyse:
1) Lemon ginger overnight oats made with blueberries and almond milk.
(OMG, those oats sound amazing!!!)
2) About nine years ago.  I had been a vegetarian since I was sixteen and had been reading up on vegan diets and then just woke up one day and did it.  I gave away all of my non-vegan food and that was that.
3) I love anything Isa Chandra Moskowitz does.  Literally everything.  She has a wonderful Queso recipe that is high up on my list.
(Check out Cashew Queso recipe here)
Brooks:
1) I had a tall glass of water (chugged as soon as I wake up), one cold, leftover Headbanger’s Ball from the restaurant, a peanut butter Protein Puck, a cup of coffee with almond creamer, and a blueberry fig bar. This was all spaced out over about 2 hours I’d say.
2) A few years ago when I started dating Dingo. I had been vegetarian for several years prior to that, but when she moved in and we started (well, mostly she started) cooking amazing meals together, it was the easiest transition ever.
3) There’s a recipe for mac ‘n cheese in the book Vegan Junk Food by Lane Gold that I’ve kind of adapted and perfected over the last couple years. It’s mostly veggies, but I’ve fooled some pretty discerning omnivores with it. Mac has always been one of my favorite comfort foods throughout my life, and this recipe really hits the spot.
(This book looks GREAT, check it aht!!!)

You can check them out for dinner and brunch (repeat early and often!). There’s so much awesome food to put in your face, decor to take in, and badass music to listen to. Forever

💚 Thank Yinz, Onion Maiden: For Being Awesome, Being Vegan, and Being in Pittsburgh!!! 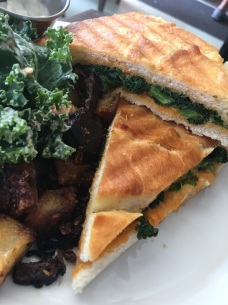 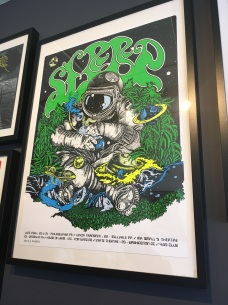 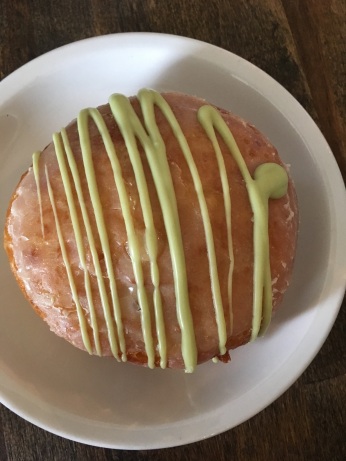 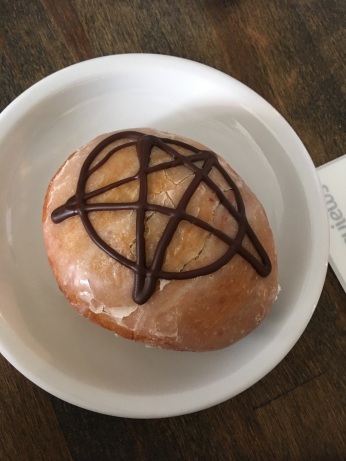 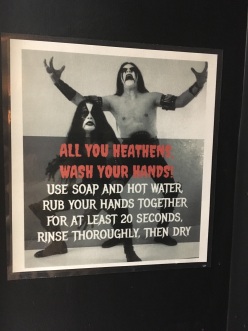 As always, thanks for reading and eat well!